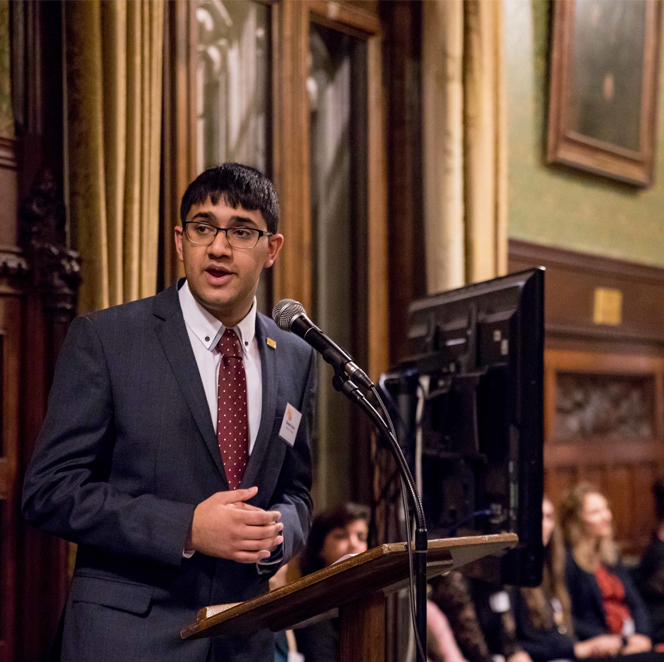 Saeed’s grandparents migrated from India in the 1950s and he was brought up in Bolton living in Deane and attending Pikes Lane Primary School. He then moved to Hulton and entered Ladybridge High School.

After school he went on to higher education in Bury and Manchester, where he currently studies for a master’s degree in public relations, specialising in crisis communications.

From the age of 15 Saeed has developed a strong involvement in the media, especially magazine publication and broadcasting. This was triggered by articles that appeared in the press criticising young people after the riots of 2011. Saeed decided to act directly by editing his own magazine – Xplode. Despite still being at school, he pitched the idea of a youth magazine to O2, created by and for young people. They loved the idea, funded it and supplied a mentor.

By 2013 the decision was made to set the magazine up as a registered charity and readership has subsequently rocketed to the point where 7500 printed copies are produced.

Today Saeed is the Chief Executive of the charity which is scrutinised six times each year by a scrutiny task force. Young People are given realistic experience in the field of journalism whilst developing life skills. Saeed then set up the ‘Employ’ strand of Xplode whereby the team of volunteers train other young people in employability skills and to date, nationally, Saeed and his team have helped over 5,000 young people better their employability prospects.

Saeed was appointed MBE by Her Majesty the Queen in the 2019 New Year’s Honours List.